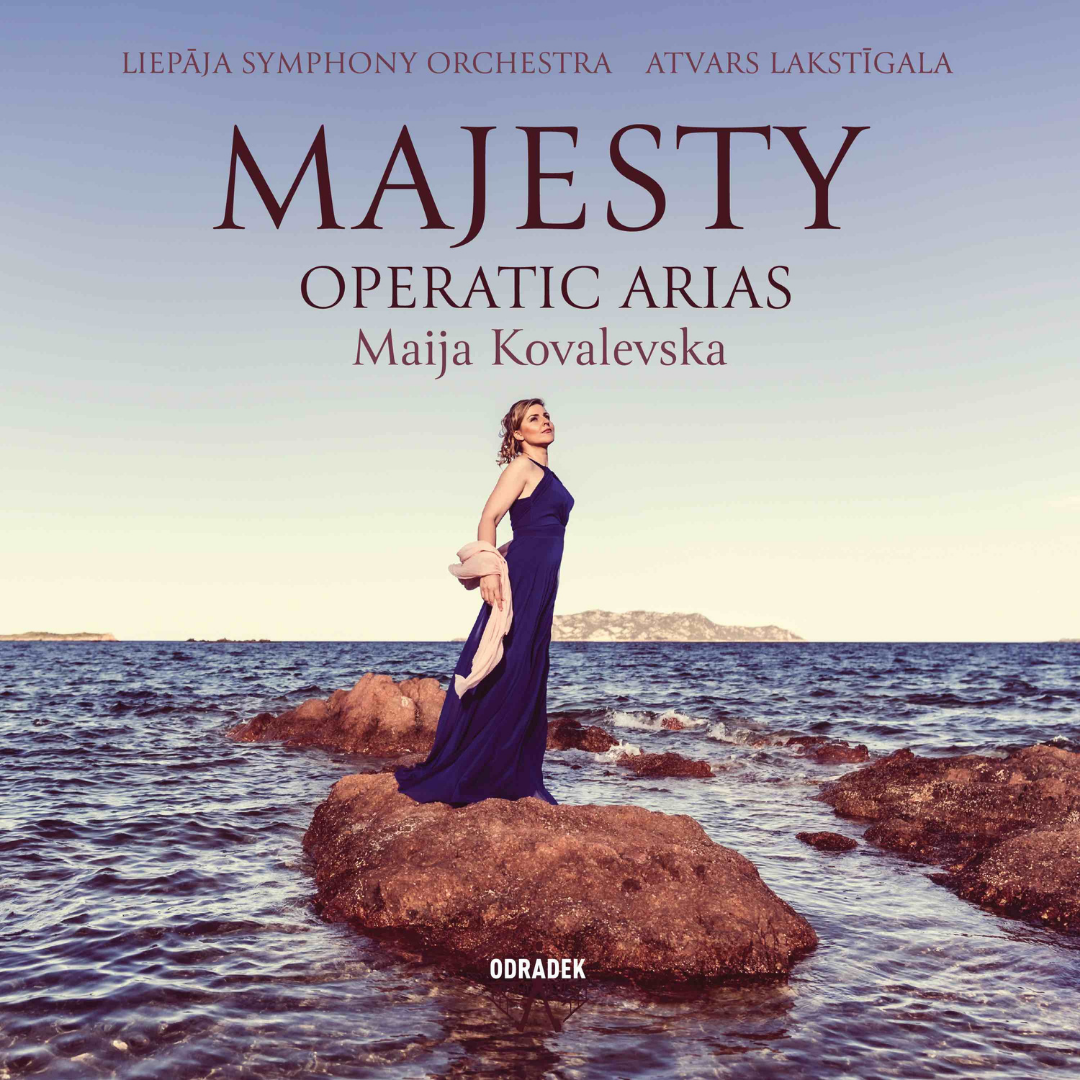 The Latvian soprano Maija Kovalevska first came to prominence in 2006 when she won Plácido Domingo’s Operalia competition, which led to debuts at the Metropolitan Opera and the Wiener Staatsoper. I saw her sing Mimì in the old John Copley Bohème at Covent Garden in 2012, crushing a vocally diminished Rolando Villazón. We’ve not seen her in London since. This album of operatic arias is entitled ‘Majesty’ and there’s certainly an imperious ring to her bright, hard tone which earns the ‘majestic’ tag. It’s not a tone I warm to, however. ‘Mi chiamano Mimì, ma il mio nome è Turandot.’ Her Mimì sounds as if the ice princess herself had swept into Rodolfo’s Parisian garret; April’s first kiss here is a suitably chilly one, the voice spreading under pressure. ‘Donde lieta uscì’ is similarly robust, with little hint of the seamstress’s frail health by the opera’s third act. ‘O mio babbino caro’ does demonstrate a little charm and her Liù is affecting in ‘Tu che di gel sei cinta’. Away from Puccini, Kovalevska could possibly get away with her wild Donna Elvira ‘Mi tradì’ in the opera house, but not on disc. Her Thaïs has a vehement, commanding presence in her ‘mirror’ scene. The best items are the two Tchaikovsky excerpts – Iolanta and Tatyana’s Letter Scene – where she reins in her powerful spinto at times and you get a sense of real characters being portrayed. Atvars Lakstīgala and the Liepāja Symphony Orchestra are dutiful partners, allowed brief moments in the spotlight in the Overture to Gluck’s Orfeo ed Euridice and a sumptuous intermezzo from Puccini’s Manon Lescaut. Readers may take to Kovalevska’s soprano more readily than I do. One to sample before purchasing.