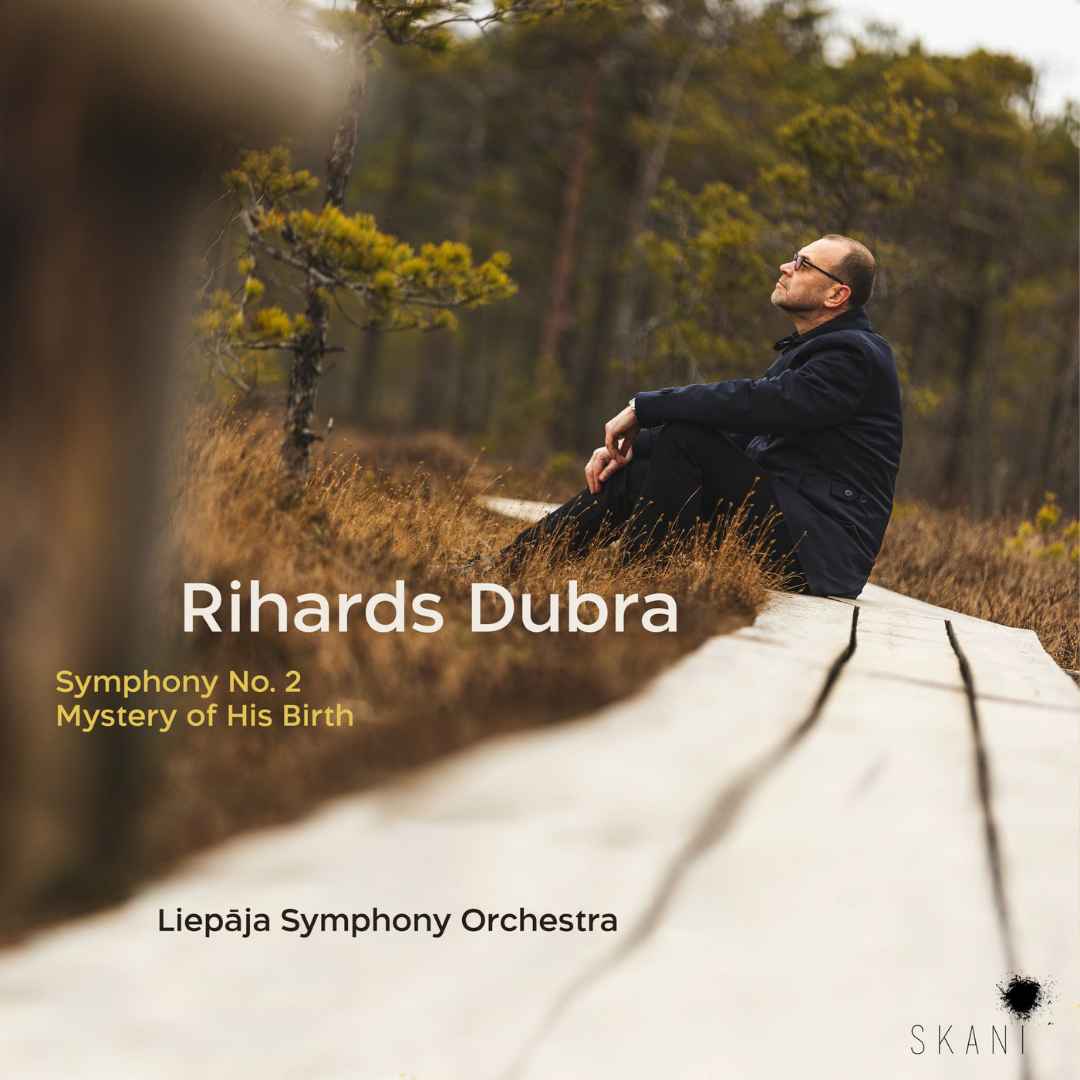 "Latvian composer Rihards Dubra (*1946) is primarily active as a teacher and church musician. He has written a corresponding amount of sacred music. For the Second Symphony the composer got inspired by the Book of Revelation and its mysticism. Indeed, the music often sounds mystical and ethereal in the movements Visio and Cantus, while in the third movement, Et Vidi…, it is apocalyptic, so reminiscent that the last book of the New Testament is sometimes called the Apocalypse. Just as the prophetic book was a book of consolation and hope during the persecutions of Christians in the Roman Empire, Dubra lets his symphony end quite positively, although a final gong stroke is to be seen as a kind of warning. Mystery of His Birth is about the Christmas story and is written for large orchestra and solo cello (soloist: Eriks Kirsfelds). « The music is like a subdued account of what happened on that wondrous night, » the composer says. The music flows very calmly at first, without becoming transparent because of the bell sounds overlapping the orchestra, while the second part sounds more joyful and Christmassy. Yet, for my feelings, it is over-instrumented and loud. The Symphony No. 2 is much more accessible and impressive. Both works are well played by the Liepaja Symphony Orchestra."