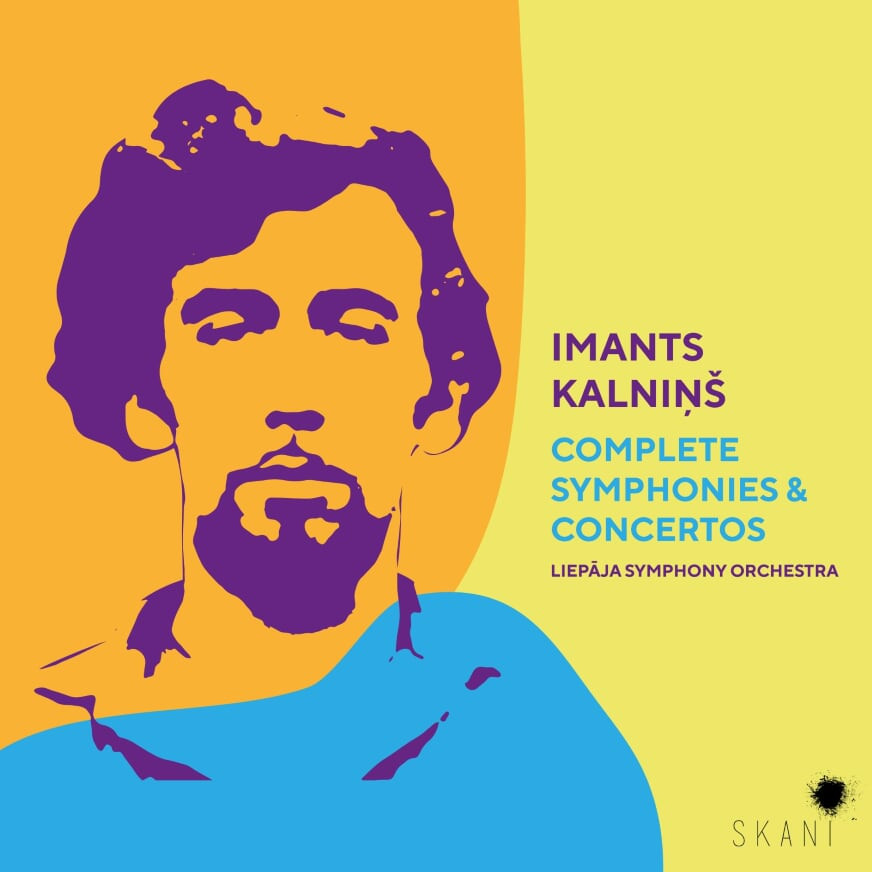 "Imants Kalnins, born in 1941, is a Latvian composer of classical, Rock, Pop and film music. His 7 symphonies, his Concerto for Orchestra and the Cello and Oboe Concertos, some of which were already available on individual CDs, have now been released by Skani in a box set. The music is performed by the Liepaja Symphony Orchestra. In the compositions, which he writes for the classical field, Kalnins mixes classical elements with elements of pop music to create music that is dramatic and effective and easily accessible. His Fourth Symphony, for example, may rival Mosolov’s ‘Iron Foundry.’ It is a loud experience in any case! The Fifth, on the other hand, is as different as Prokofiev’s First is from the rest of the Russian’s symphonies. The conductor of these recordings, Atvars Lakstigala, succeeds in bringing a great deal of tension to the music, contrasting the agitated, nervous passages with the soothingly quiet moments."